iMindMap is no longer available to purchase. Discover the next evolution of mind mapping in Ayoa. You won’t look back.

For the final article in our 40 years of Mind Mapping celebration series, we have asked our colleagues in the ThinkBuzan team for their top 10 iMindMap moments. After 8 years of growing iMindMap from an idea into the flexible and powerful piece of software it is today, we’re in the mood to reminisce…

As voted by the Chief himself, Chris Griffiths, we have to kick off with where it all began. iMindMap was a challenge taken on Chris Griffiths and a very talented group of developers, to create the first software tool to truly replicate hand drawn Mind Mapping. Those curved, organic branches you’re used to drawing in iMindMap were no mean feat and broke away from the straight lines and rigid process diagrams that were around at the time. iMindMap has come a long way since that first version, but we still remember those early triumphs.

3D View was introduced into the software in 2011 with version 5 of iMindMap. Voted in by the Marketing team, 3D View made Mind Maps come to life and added a new level of visual stimulation to iMindMap. What pleases the eyes also stimulates creativity, so 3D was a win win. Watch the 3D tutorial 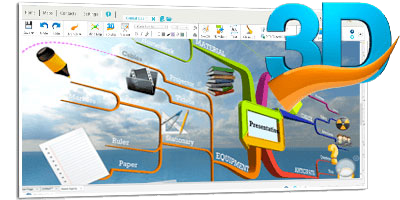 3. Teaming up with DropTask

Part of the iMindMap 7 release in 2013, our collaboration with visual task management app, DropTask, meant that for the first time it was possible to work in a completely visual environment from initial brainstorming stages, through planning, and finally to the implementation of ideas. The ThinkBuzan team are avid DropTask users and integrating it with iMindMap was the answer to constant nagging from every department. Watch the DropTask tutorial 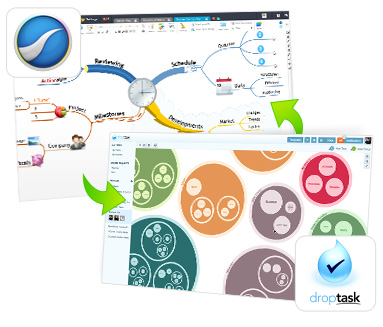 4. The coolest case study ever…

…was when Risk Analyst, Trent K, spoke to ThinkBuzan about how he uses iMindMap to prioritise his demanding workload at NASA. Call us nerds, but we couldn’t help but get a kick out of that one! “To see iMindMap making a difference at somewhere like NASA was amazing!” Emily, Customer Service

5. Mind Mapping on the move

The release of iMindMap for iPhone in 2010 didn’t just mean you could capture ideas on the go, the touchscreen also meant that you could draw Mind Maps intuitively on your phone, just as you would on paper. Hundreds of thousands of you downloaded that app in the first couple of months it and took iMindMap to the top of the Productivity charts, beating apps like Google and Facebook. 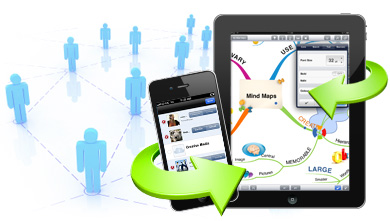 iMindMap’s launch in Japan saw us hit number one on the Amazon Japan software chart. As huge video game fans, our developers are still chuffed about beating Call of Duty to number 1.

7. Getting creative with Branch Art

Without a doubt, a top iMindMap moment was the introduction of Branch Art in iMindMap 7. Branch Art is a totally unique feature that allows you to use different branch designs to more visually represent your ideas. We had a lot of fun coming up with design ideas and look forward to creating more…
Watch the Branch Art tutorial 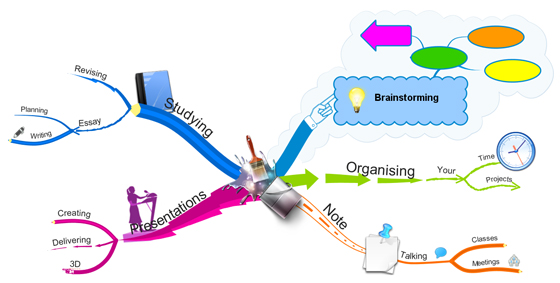 8. When we gave you a voice

When the iMindMap Feedback forum went live a few years ago, it gave our users the power to influence the development of the software. The comments and feedback that we received from this forum have shaped what iMindMap is today. Take a look 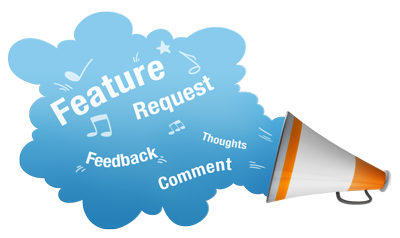 “The Feedback Forum gives us a great insight into what our users like and don’t like, and why they use our software. Keep it coming!”
Ben, Developer

9. It became more than Mind Mapping

A top iMindMap moment was when the Flowcharts feature was introduced in version 6. We gave flowcharts an iMindMap makeover, meaning intuitive, colourful and of course, 3D. Flowcharts gave users the freedom to capture information however they want, connecting with Mind Maps or creating a hybrid of the two, leading to a new wave of applications for the software, from capturing processes to mocking up designs for websites (a favourite of our marketing team). Watch the Flowcharts tutorial 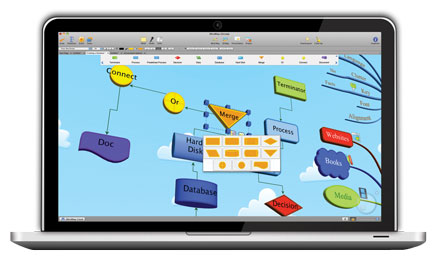 We can’t do a countdown of iMindMap’s best moments without mentioning this one… In 2008, our CEO Chris Griffiths used iMindMap to facilitate a brainstorming session at the 4th annual Petra Conference of Nobel Laureates with over 250 delegates, including 30 Nobel Prize winners. For a company dedicated to helping people think better, that was the ultimate challenge! 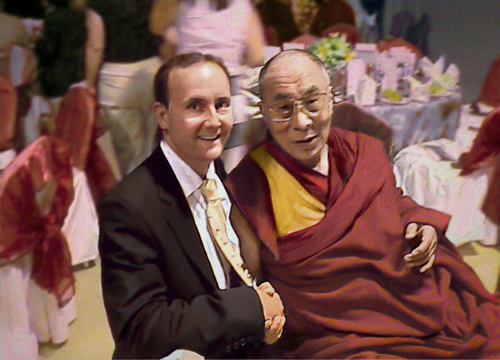 Chris Griffiths with the Dalai Lama

Read more in the ’40 Years of Mind Mapping’ series

Free How to Mind Map course

To celebrate the past 40 years of Mind Mapping, we are offering an interactive online course How to Mind Map to everyone, for free. Find out more.

← Survive the Productivity Killer with iMindMap An enhanced experience – iMindMap 7.1 out now →