iMindMap is no longer available to purchase. Discover the next evolution of mind mapping in Ayoa. You won’t look back.

iMindMap 5 is on fire!

The latest release from iMindMap 5’s promised aggressive update schedule has proved a big hit amongst our iMindMap users as well as the ThinkBuzan team! Following the release of the 5.3 update, we received an astounding amount of feedback from users through our blog, Feedback Forum and even our Facebook and Twitter accounts. 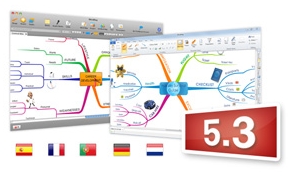 Comments such as “iMindMap is on fire”, “This update is a big one and well worth it” and “Clean Up is magical” have been circulating the inboxes of ThinkBuzan for the past few weeks, and we’ve been delighted by those who have taken the time to get in touch. So much so, that we’ve decided to share some of the feedback.

Talk to us, we’re listening…

“Congratulations for the new update!!! It’s absolutely amazing!!! It’s got everything we were hoping for and much more!” Mprazak

“Great – this is just the ticket! Thank you to the software development team for adding this helpful functionality [Clean Up button].” Steve

“Kudos on the new updates and tweaks. Really liking the new ‘Format’ options too. Adds yet more polish to an excellent product.” sdempster1

“I like very much the new features, especially the possibility to personalise the central idea. Grazie!”  Maurizio

“iMindMap 5 is on fire! I wish more software companies had this idea of evolving software. It’s quite a different approach and I personally find it refreshing!” Jeremy Speirs

“V5.3 is awesome. Dozens large Mind Maps in advanced drafts on my Mac. V5.3 version of iMindMap let me significantly enhance most in minutes.” Dr Huba

Comments such as these were particularly exciting to the team at the ThinkBuzan office not only because (let’s be honest) everyone likes a compliment, but also because it tells us our users know we’re listening and taking on board what they’re saying.

A great portion of the new and returning features brought by 5.3 are as a result of what you’ve told us through the Feedback Forum, the blog and social media. Opening up communication with our users to be completely open and transparent was always a risky move to make, but we’re so glad we made it. It makes our jobs more rewarding and it’s made iMindMap leagues ahead of where it would have been!

The Proof is in the Pudding

That’s right, we can prove it. For example, the Clean Up button originated from a request made by Steve on the Feedback Forum, for a tool to balance and tidy up your Mind Map. This great idea was something we’d been toying with for a few weeks, but once we knew the demand for such a button was there, we quickly prioritised Clean Up as something we had to implement quickly.

“Clean Up is magical! It truly brings back beauty to bigger, quickly made Mind Maps” offered Eduardo.

That’s not all. 5.3 also saw the return of Child Maps from version 4 after many users’ requested to bring the feature back to exist alongside the ‘replacement’ MultiMaps feature. In response to their eagerly awaited return, Nick Hillier told us: “To me, MultiMaps and Child Maps are a perfect combination”.

As we promised back in April this year when we released iMindMap 5, we are committed to delivering an aggressive update system, and we’re sticking to our word.

Hold on to your seats because our Development Team are already well in to 5.4, and who knows, if you’ve made any requests or suggestions, perhaps you’ll see them soon. In the meantime, if you have anything to say then get in touch through our Feedback Forum. We’ll see you soon!

Have you tried iMindMap yet?

Get started with iMindMap today for free with our FREE iMindMap Basic edition, and see just what everyone’s raving about.